or read Drug testing: Trials and errors  on TheEconomist.com

The evidence base for new medicines is flawed. Time to fix it 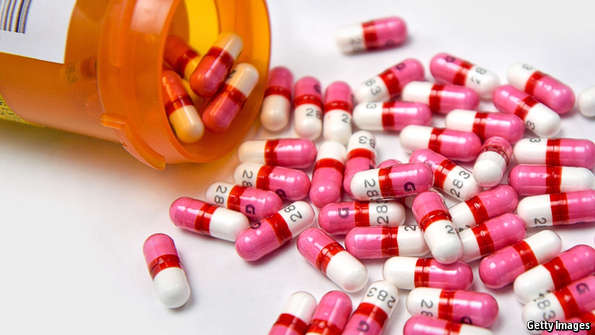 WHEN patients are prescribed a drug, they might assume it had been subject to the closest scrutiny. They would be wrong. The results of about half of all clinical trials are never published. Companies are allowed to run many tests and publish only the ones with results they like. Unsurprisingly, negative results are far less likely to appear in public.

Regulators can see the results of every trial. But that provides only so much comfort. Officials may well be convinced that a particular drug has enough value for a few patients to pass the bar for approval, but that does not tell doctors whether the drug is better to prescribe than other treatments. And the regulators have limited resources. They cannot match the sort of scrutiny that comes from making all trial results public. Independent evaluations were important in raising concerns about the heart-attack risks associated with Vioxx, a painkiller that was recalled in 2004.

At best, this bias in published results has produced a polluted evidence base. Patients have been prescribed antidepressants that look much less effective when unpublished data are taken into account. The British government’s decision to stockpile antiviral drugs in case of a flu pandemic looks less clever now that previously unpublished data have called their efficacy into question. At worst, the skew has caused demonstrable harm. Some patients may have died because data about potentially dangerous side-effects were not published; volunteers in clinical trials may have suffered harm for no reason.

Legislators in America and Europe want the problem of missing trials fixed (see article). New legislation comes into force in Europe in 2016 that will require the registration of clinical trials and the prompt publication of results. The question is how tightly these rules will be enforced. America laid down similar requirements in 2007, but they have been more observed in the breach. That is not good enough. Everyone involved in clinical trials—regulators, drug firms and academics—has a compelling reason to do better.

Regulators first. America’s Food and Drug Administration has the power to fine companies that fail to report trial results within a year of their completion, but has not yet exercised it. Expected new rules should make this easier. The public interest in the registration and release of all trial results is clear. Compliance needs to be monitored and enforced.

Drug firms are bound to be leerier of releasing negative trial results. But the ground is shifting. Now that campaigners have brought the issue to public attention, there is real concern that patients will lose interest in taking part in trials if the data are never going to see the light of day. And investors are waking up to the financial risks inherent in incomplete publication of trial results. About 30% of a drug company’s valuation is based on results from its Phase-III trials (when drugs are extensively tested in humans). Investors are now urging the industry to disclose more data, both to ensure more accurate valuations and to lower the risk of future litigation.

If anything, academics have an even worse record of disclosure than firms. Those who pay for their research ought to weed out grant applicants who routinely fail to publish results.

Even if all new trials are registered and published, the problem remains of what to do about the evidence base for drugs already in use. There is no legal obligation on researchers to publish data from old trials, but there is a moral one. A patient who is taking the wrong drug for his cancer because of inadequate disclosure is being denied the opportunity to receive better treatment. That could not be more wrong.

From the print edition: Leaders

Want to join the discussion?
Feel free to contribute!